This week's game comes from the July Mating Game (4SS, G/45; d/10) at the Colorado Springs Chess Club.  It is a two-week event with two games each night.  Each player starts with 45 minutes on his clock.  So, it is medium, as far as chess speed is concerned.

The only player to score an upset during the first half of the tournament was Joey Arispe.  He has been coming to the club for almost a year now.  And it looks like he is improving.

Joey's best win was in February when he knocked off his highest rated opponent, Austin Harbach.

That was until the July Mating Game when he face Mike Smith II in the first round.  In violation of club rules, Mike resigned with Mate In 1 on the board.

Now, Joey was facing Scott Williams in the second round.  This time it was not going well.  Joey was going on the attack, but the counterplay was giving Scott a nice material advantage.  However, Joey hung in there and waited for the script to flip. 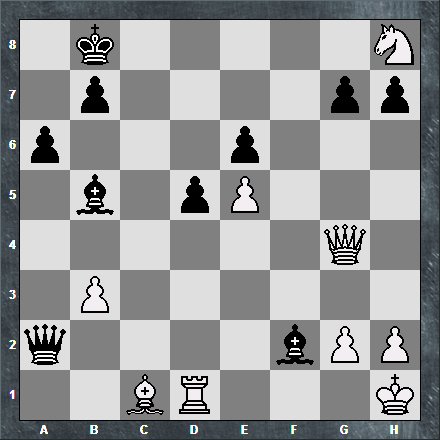