A couple years back, I came up with a method to organize chess tactics.  I called it the DROP Method (https://cschess.webs.com/apps/blog/categories/show/1378181-drop-method).  The DROP method is an acronym for the basic kinds of tactics.  It is meant to remind you not to drop your pieces and help you get your opponent to drop theirs.

However, the Overload is, perhaps, the most broad kind of tactic.  Not only does it use multiple attackers on one target, but also it uses a single attacker on multiple targets. The idea is the same: to gain a target than cannot be defended.   So, most players will become familiar with the different types of Overload:

Here is a position from the Colorado Springs Chess Club's Corona, No Lime Rapid Online tournament.  Since it is Father's Day, I chose one of my losses.  This one came at the hands of LM Brian Wall.  Sort of.  Part of the reason I lost was my blindness to the Overload tactic, which I finally saw on my fourth attempt.  See if you can spot it right away. 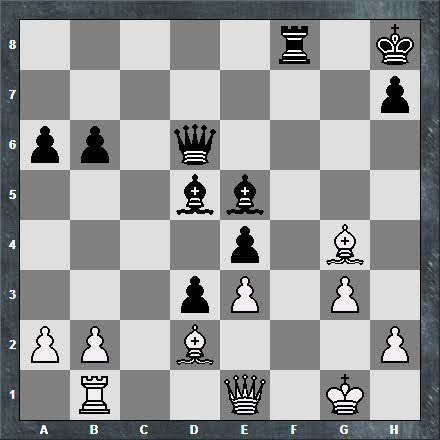