The fourth kind of tactic in the DROP Method is Pin.

Here is an example from the Colorado Springs Chess Club's Tuesday night event:  July Mating Game.   Alex Bozhenov created the best example of a Pin in his game with Joel Brown this night.  While the Black Pawns on the 3rd rank make this position dominating for Black, taking advantage of the Pin on g2 is by far the best move. 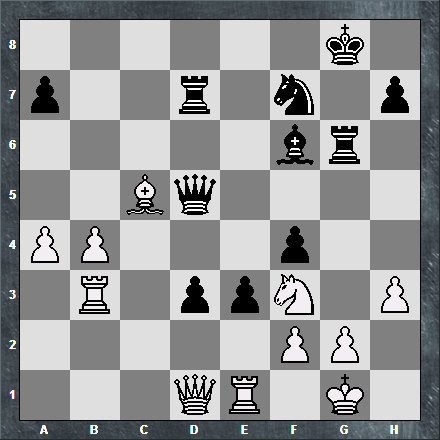