R Is For Removal VIII

The Removal is played when the player stops an opponent's piece from supporting the actual target.  The supporting piece will typically be of an equal or lesser value than the attacking piece.  However, the Removal can give up material, as the protection on the real target is now gone and creates a second attack that cannot be defended.

Here is an example from an email match I played with my Dad.  I think I was nervous about playing the tactic here because of Black's counter-play.  So, I tried to prepare it with 16. Re1.  Can you find the better move? 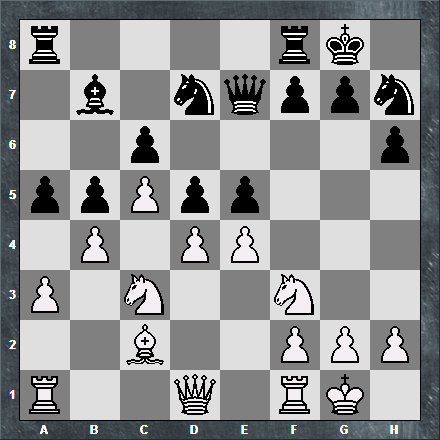 R Is For Removal VIII