A Horse With No Game

This week's game comes from the July Quick Six event (6SS, G/24+5) at the Colorado Springs Chess Club.  It was the creation of the club's Vice President, Peter Barlay.

One of the jobs the officers do for the club is make the schedule each year.  The current board has added a lot of slow chess (9 months).  However, some events were given to us from past boards like the Colorado Springs City Speed Chess Championship in January.

One of the historic events given to the current board from past members at an annual meeting is our July Mating Game (see our ad in Chess Life).  It is coming up next Tuesday.  Since it is just a two week tournament, we had a hole in the calendar to fill.  So, Peter suggested the July Quick Six event. 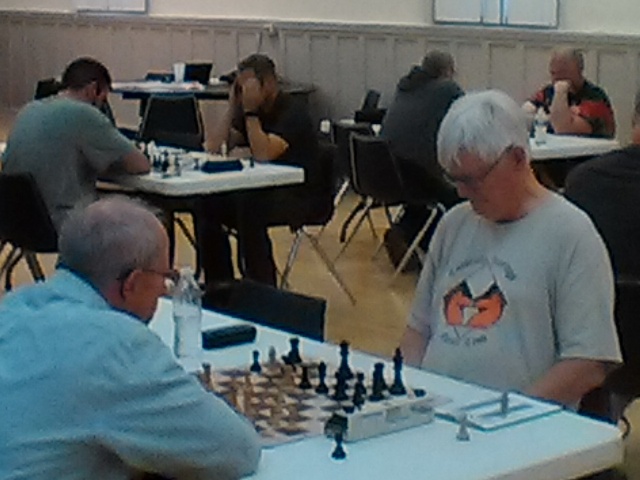 Round 4 of the July Quick Six, Mark McGough vs Dean Brown

I was not planning to play in the tournament.  I was going to direct and take care of club business.  Directing gives me more time to do other things like taking pictures.  I was eager to try out some of the features on my phone's camera.  The above photo was a test of the zoom feature.  The camera also has a panoramic setting.

Unfortunately, when Larry Wutt didn't show up, my job as photographer was over.  I jumped into the tournament to keep the number of players even and prevent someone from not getting to play a game each round.

However, chess at the Colorado Springs Chess Club can be brutal.  It is like riding through the desert.

After two games in the desert sun

My skin began to turn red

After three games in the desert fun

I was looking at a basic mate

And the story it told of a rook that flowed

Made me sad to think it was late

It felt good not to use my brain

In the desert you can't remember your move

'Cause there ain't no one for to give you no groove

I won all three of my games in the tournament.  However, I wasn't playing well.  I guessed on a Rook Sacrifice against Brian Rountree, and he missed the saving move.  I found the wrong move against Earle Wikle, but he was nice enough to give me another shot at finding it.

I was glad to get out of there and catch the end of the 78th Annual Pikes Peak or Bust Rodeo Parade!  I met an Indian with a horse who could play chess (but not well) and told them I played 26...R8e4.  They just stared at me. 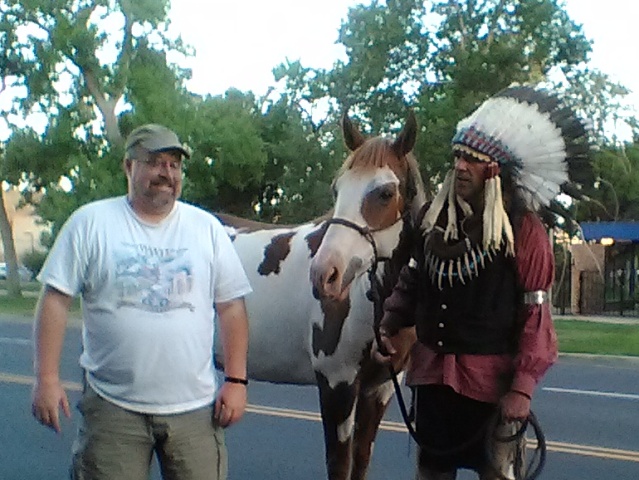 See if you can find the right move. 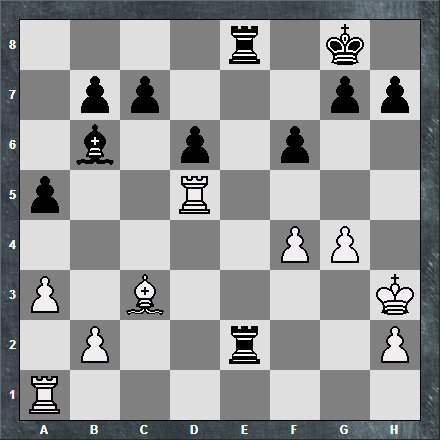 A Horse With No Game